New Parralox album "Genesis" to be released in October 2019

"Genesis" is the first new studio album since 2017´s "Subculture" and contains 14 new songs. "Genesis" is the next step to electronic perfection and takes the listener to a powerful and electronic ride along the synthwave with great melodies and charismatic voices.

Jane Badler is an American actress and singer. She is best known for her role as Diana, the main antagonist in the cult science fiction TV series "V - The Visitors". In recent years. Jane has also become an established nightclub singer in Australia, where she now lives, and has released three albums.

Bass Guitar is by Ian Burden (ex-The Human League), who has been playing bass for Parralox since 2009.

Everyone who orders a "PARRALOX - Genesis (Super Deluxe Fan Edition)" in our shop by 31.08.2019 will exclusively receive their name entry in the booklet of the new PARRALOX album. 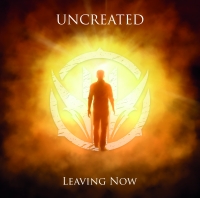